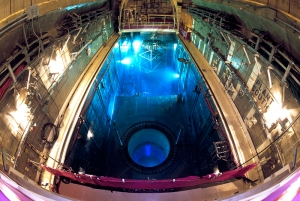 “…radiation levels in the plant’s cooling system [Unit 2] doubled from January to February 2011 and continued to climb through the end of the year.

..increasing levels of radiation in the water that cools the reactor probably indicates that the metal tubes (called cladding) that contain its fuel pellets are cracking.”

Why didn’t the NRC shut down the plant once they had this data?

Why isn’t the government providing current San Onofre radiation data to the public?

We don’t need the energy from the two California nuclear plants, so why are we living with the risks?  See energy options for details.

California citizens, please download and sign the California Nuclear Initiative Petition to effectively shutdown San Onofre and Diablo Canyon. Do this by April, so we can get this on the November ballot. The government is not protecting us, so we have to protect ourselves. NO ONE IS GOING TO DO THIS FOR US. It’s up to YOU to protect your family and California. This is a grassroots effort, so we need your help to make this a success.

The one-year anniversary of the on-going Fukushima disaster is March 11th.