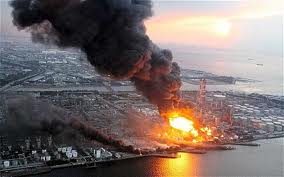 This historic seminar is available on video at these locations:

Arnie Gundersen’s slide presentation provided compelling information about radiation from Fukushima and the scientific case as to why it would be a nuclear experiment to restart San Onofre with it’s defective steam generators.  Note: This is a large file, so please be patient while it loads.

He will be joined by former U.S. Nuclear Regulatory Commission (NRC) Chair Gregory Jaczko, who led the Commission during the Fukushima Daiichi nuclear meltdown. Also included on the panel will be former NRC Commissioner Peter Bradford, world renown nuclear engineer Arnie Gundersen, and Kendra Ulrich from Friends of the Earth.  Prime Minister Kan will be welcomed by San Diego County Supervisor Dave Roberts.

The panel discussion will be open to the public and media. It will be webcast live, worldwide at http://av4b.com/live/

Coalition of Concerned Citizens of Southern California, Friends of the Earth in cooperation with Physicians for Social Responsibility, and the Samuel Lawrence Foundation, are honored to welcome Japan’s former Prime Minister Naoto Kan to San Diego to share his perspective on nuclear safety and the future of nuclear power. Kan was in office March, 2011, when an earthquake and tsunami triggered the Fukushima Daiichi nuclear plant catastrophe. He was confronted by three reactor meltdowns and a nuclear crisis that continues today.

The panel discussion provides Southern California with an opportunity to learn lessons from the ongoing Fukushima Daiichi disaster while awaiting a decision on the restart of San Diego’s crippled San Onofre nuclear reactors. Kan will discuss his concerns about the inherent dangers posed by nuclear reactors.

Naoto Kan, as Japan’s Prime Minister during the beginning of the 2011 Fukushima nuclear disaster, realized there was a chance that people might not be able to live in the capital zone including Tokyo and would have to evacuate. Mr. Kan declared the need for Japan to end its reliance on atomic power and promote renewable sources of energy, such as solar that have long taken a back seat in the resource-poor country’s energy mix. Mr. Kan resigned as Prime Minister in August 2011 and now serves the Democratic Party of Japan to garner support for alternative energy policies.

Former NRC Chair Gregory Jaczko, has emerged as a leading critic of safety at U.S. nuclear power plants. During the Fukushima crisis, Chairman Jaczko recommended that Americans evacuate 50 miles outside Fukushima. In February 2012 Mr. Jaczko cast the lone dissenting vote on plans to build the first new nuclear power plant in more than 30 years when the NRC voted 4-1 to allow Atlanta-based Southern Co. to build and operate two new nuclear power reactors at its existing Vogtle nuclear power plant in Georgia. He cited safety concerns stemming from Japan’s 2011 Fukushima nuclear disaster, stating, “I cannot support issuing this license as if Fukushima never happened.” His pro-safety stance caused much friction with the other commissioners, resulting in his departure from the NRC. He has since been appointed to a post on a Congressional panel overseeing the National Nuclear Security Administration.

Peter A. Bradford is an adjunct professor at the Vermont Law School, a former U.S. NRC Commissioner, and a former utility regulatory commission chair in New York and Maine.  Mr. Bradford was a member of the NRC during the Three Mile Island accident.  He taught at the Yale School of Forestry and Environmental Studies and currently is an Adjunct Professor at Vermont Law School teaching “Nuclear Power and Public Policy”. A member of the China Sustainable Energy Policy Council, he served on a recent panel evaluating the reliability of the Vermont Yankee nuclear power plant, on the European Bank for Reconstruction and Development Panel advising how best to replace the remaining Chernobyl nuclear plants in Ukraine, a panel on the opening of the Mochovce nuclear power plant in Slovakia, and the Keystone Center collaborative on nuclear power and climate change. He is the author of “Fragile Structures: A Story of Oil Refineries, National Securities and the Coast of Maine” and many articles. He is a graduate of Yale University and the Yale Law School and is Vice Chair of the board of The Union of Concerned Scientists.

Arnie Gundersen is chief engineer of the energy consulting company Fairewinds Associates and a former nuclear power industry executive. Fairewinds has developed extensive reports on Fukushima, San Onofre, and other nuclear power plants. Arnie has 40-years of nuclear power engineering experience. He attended Rensselaer Polytechnic Institute (RPI) where he earned his Bachelor Degree cum laude while also becoming the recipient of a prestigious Atomic Energy Commission Fellowship for his Masters Degree in nuclear engineering. Arnie holds a nuclear safety patent, was a licensed reactor operator, and is a former nuclear industry senior vice president. During his nuclear power industry career, Arnie also managed and coordinated projects at 70-nuclear power plants in the US.

Kendra Ulrich is a nuclear campaigner for Friends of the Earth and Board Member of Beyond Nuclear. She focuses on protecting people and the environment from the threats posed by nuclear energy. Her work is grounded in the basic tenant that all people, both current and future generations, have the intrinsic right to a safe and healthy environment. Prior to joining Friends of the Earth, she spent nearly a decade working on a variety of pollution and energy issues with environmental advocacy organizations. She holds an M.S. in Environmental Studies with a concentration in Advocacy for Social Justice and Sustainability from Antioch University New England.

Torgen Johnson, an urban planner from Solano Beach helped to organize Tuesday’s event. He said speakers were selected because they are authoritative voices with a critical outlook on the industry.  “They’re all independent,” he said. “They’ve taken risks with their own careers to put the public first.”